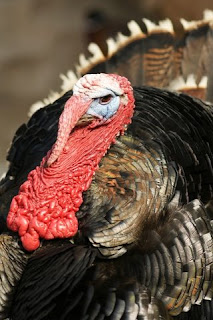 It’s time! Markets are sprouting up all over the city. Who cares if the schedule says they will open in June. Produce doesn’t follow the calendar to the letter, so why should the farmers.

Borough Hall, strangely, randomly, had two stands set up on Sunday and Carroll Gardens (at Carroll Park, between Smith and Court) had their first day of the season today as well. Milk Thistle, Grazin’ Angus, and a cheese maker I have yet to try, accompanied an amazing produce stand offering lettuce plants so beautiful I could swap them for a bouquet. Madura Farm, with their wonderful mushrooms, packed up by 3pm. DiPaolo’s had fresh meat. I engaged the turkey farmer about his birds and now I need to make some corrections to my previous post. It's true, his birds are the conventional Nicholas breed, but only in part. The line has been bred with a black Heritage bird, restoring their reproductive ability, but retaining the light flesh color we are accustomed to. (Apparently, the feathers of the black bird leave a mark on the skin, while the white Nicholas does not.) I bought three large turkey legs, $1.89 a pound, which I plan to braise in coconut milk this evening.

Three other markets, Columbia University’s (114th and Broadway), American Museum of Natural History (77th and Columbus) and Grand Army Plaza (Union St. and Prospect Park) which are open year round, had new buds this weekend. On Saturday, Grand Army’s Market branched into the park proper and had many new meat providers. On Sunday, 77th had a new goat cheese seller, Ardith Mae (Susquihanna County, PA), who provided me with feta ($8); Ardith Mae had a seller at Columbia's Sunday market as well. Columbia is also hosting Milk Thistle, a wide selection of organic frozen meats, a fish stand, lots of apples, potatoes (including blue ones!), other root vegetables and a motley of fresh potted herbs. The magazine and candy stand jutting between the tents seemed quite out of place.

Combine first four ingredients in a food processor. Process. Add mixture to coconut milk and dilute with broth or water.

Dig out your Dutch oven or other heavy, oven-friendly pot. Heat oil while you salt and pepper turkey legs. Put turkey legs in broth. Sear briefly on at least two sides and remove.

Pour coconut milk mixture into pot. Add vegetables and turkey. Bring to a simmer. Remove from the stove and put into the oven for 1-2 hours. (1, they’ll be done; 2, they’ll be more tender.)

Remove turkey and veggies from broth with a slotted spoon and set aside. Put pot on burner and heat, stirring quickly. Allow liquids to reduce down until to a thick sauce. Mix with meat and veggies. Dish on top plates and top with cashews, if using. Serve.
Posted by HungryNibbler at 6:12 PM