Why I am Not a Locavore 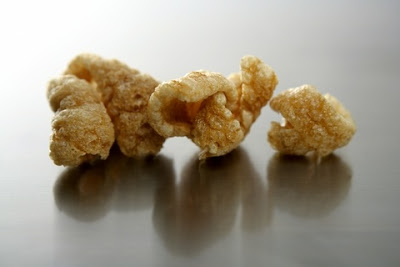 First, I will admit, roughly 80% of my diet comes from local farms and I have significant respect for the movement. But I still bristle when I referred to as a locavore.

It is often said that most fad diets are about going without – usually some food group (meat, starch…) or some nutrient (fat, cholesterol, carb…). Similarly, most food movements are essentially about going without – a certain group of people. It is separating one’s self, defining one’s self against society, usually by subtly declaring “I am better/holier/healthier than thou” because my diet is vegan, low-fat, low-maintenance or can fit into really tiny carbon heels.

This tactic is not new. Many fledgling religions have used food to define themselves as separate and to discourage intermingling with outsiders. Take the Muslim month-long fast at Ramadan. Trust me: it is hard to have a conversation, let alone make friends during this time. Similarly, kosher laws help keep the Jewish community tight knit and Catholics go so far as to gather each Sunday to nibble on their Lord.

Being a cultivore is the exact opposite. They do not want to be separate.

Cultivores want to reach out, get messy and explore without reservation. A cultivore is curious about community, his own and others, and knows that the best way to learn is to examine what they put into their mouths.

I’ve long wished I could get away with the traditional Tibetan greeting. When Tibetans greet people – especially strangers – they opening their mouths wide and stick out their tongues. It is a way of saying, check out my insides! My mouth, tongue and stomach will show you my entire past, my history, my indulgences and sacrifices. I am showing it all to you, so you can be assured you are safe with me…

When we open our mouths, we become open in other ways too. Sharing and exploring food is a way of gaining insight about a person (or a culture) by trying to experience what they experience.

While it can be life-affirming to explore our nearest and dearest, if we focus exclusively on our own backyards, we might as well stick our heads in the soil.

A cultivore wants to know his immediate community intimately, but also nourishes curiosity in broader society, the continent and the world at large. A banana is worth its carbon if while eating it you mentally escape to Equador. A piece of yak jerky can convey more about what life is like in the Himalayas, than can a pristine photo of Mount Everest. And, I will confess, diving into my very first bag of mass-produced pork rinds, while wandering Bed-Stuy, was nothing less than a mind-opening experience.

In short, I worry about the isolationist stance of being a die-hard locavore. At this point in history, the spice of the globe is ignored at our own peril. And I, for one, would rather learn more about Pakistan through its curries than their bombs.


picture by Tono Balaguer, via Dreamstime
Posted by HungryNibbler at 3:27 PM