The Pied Piper of Young Farmers 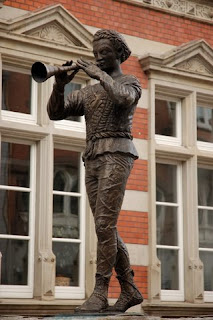 I’ve become fascinated about the psychology behind the local food movement. What is being tapped here? What need is being fulfilled? Seconds after I met young agrarian and documentarian Severine von Tscharner Fleming (who thankfully prefers going by her first name), I knew she epitomizes one aspect of the movement. I hope to profile her in the coming weeks. Consider the below Q & A a sneak peak.

NewYorkFoodVine: You were raised by two urban studies professors. How did you end up with your own farm in rural Columbia County, NY and directing The Greenhorns, a documentary about young farmers?

Severine: After college at Berkeley, I worked in farms in the United States and abroad. I began calling my fellow young farmers “Greenhorns” and slowly realized we are a full-fledged movement. We and others are voting for sustainable food with their lives.

NYFV: What do you think is drawing people to be farmers?

Severine: We are tired of working for the Man! That, and farming is totally addicting.

NYFV: When will the documentary be finished?

Severine: By November, when we will start showing the film in schools, complete with bicycle-power-popped popcorn. We will also be selling copies at farmers’ markets.

NYFV: Do you have blockbuster dreams?

Severine: The website and trailer are already getting hundreds of hits each day. But no. My fellow filmmakers and I are trying to avoid the big corporate sell out. However,Whole Foods wants to offer the DVD in their stores and I think that’s okay.

NYFV: How are you making a film on a farmer’s budget?

Severine: In addition to donations and fundraisers like goat-spit BBQs, we are getting support from the U.S. Farm Bill and XtraCycle.

NYFV: XtraCyle is a sponsor and the film’s blogsite is entitled The Irresistible Fleet of Bicycles… What is this bicycle connection?

Severine: Bicycling puts your heart in a particular body space with the earth. It is a radicalizing experience, one that can also be felt while farming. Both are completely engrossing in a deeply physical way.

NYFV: Once the documentary is released, will you focus exclusively on your farm?

Severine: The documentary is just one part of our overall mission. We are recruiting young farmers to be part of a large supportive network. I want all Greenhorns to know they aren’t alone, help them be successful – and inspire others to join us.

picture by Philip Lange
Posted by HungryNibbler at 9:26 PM