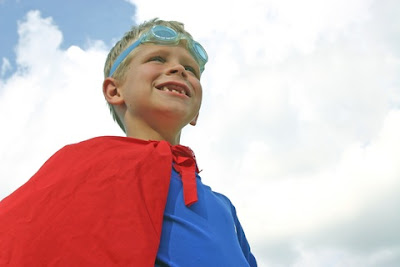 In my head, I am working on a book with the working title Kitchen Orphans.

The book is not about parents, or the absence there of, during meals or within the kitchen. Parenting styles are largely dictated by the environment (i.e. culture) and picking on them is like pointing out the sweat beading up on someone living in the desert. Besides, even if the family meal is in decline, it still exists and a recent study of over 16,000 people shows only a small parental impact on eating behaviors.

It is our food that has been orphaned.

Almost literally for most of our meats, where young animals are often separated almost immediately from their mothers. And figuratively for many other products; corn, tomatoes, soy, wheat, beets and so on are all processed away from their basic biology into something its kinfolk wouldn’t even recognize.

And when they appear in our kitchens, they might as well be orphans – at least in our minds. Most people my age have no idea what most foods looked like in its pre-processed stage, let alone youth. I only just learned what young peppercorns look like, and I have eaten black pepper at least once a day for roughly 30 years.

We also have little to no comprehension of family trees. Recent discoveries of the relationships between coriander and cilantro, broccoli and cabbage, even buttermilk and butter, have each blown my mind. On a subconscious level, food seems to materialize out of nothing and is therefore oddly foreign and irreparably different than Us.

I have a friend who, while not an orphan, was adopted as an infant. His adoptive parents were open about his adoption from the beginning, but had no information about his birth parents.

Kevin found this scenario thrilling. Growing up, he felt he had arrived on the planet from the ether. He was invincible. Otherworldly.

In his late 20s, his birth mother hired a private detective to find him. The day the detective was successful, Kevin plummeted to earth.

His mother ended up being a delightful and fun-loving woman, much like Kevin. That wasn’t the problem. The kryptonite took another form. He suddenly felt inextricably linked to his biology, to this woman and to a network of boisterous blood relatives – many of which looked and acted like him. He went from being unique and invincible to part of a diverse but unified, supportive but vulnerable, network of family members.

This was a burden he was still growing into when we parted paths, so I don’t know if he would still say he preferred the fantasy of omnipotence to the messy reality. I like to think he does not.

We entertain similar fantasies about the superpowers of Food.

Our little food orphans appear on our plates and supermarket shelves like capsules from outer space. We plea to them, save us! The bad guys, in this case, include Cancer, Loneliness, Heart Disease, Snug Pants, Anxiety, Boredom, Love Handles, Skinny Arms, Sadness, Lethargy and lastly, Hunger.

But food is no superhero.

It is part of a network. Part of one big family.

Most domesticated plant and animal species would not survive without our care. Conversely, we obviously depend on their nurturance. Humans, plants and animals are all parts of a diverse but unified, supportive but vulnerable, network of family members.

None of us is magic. None is invincible. We are all – plants, animals (including homo sapiens), bacteria and fungi – simply celebrating one meal at a time.
Posted by HungryNibbler at 10:12 AM