Grass Dinner or Shot in the Neck? Using Drugs to Fight E. coli 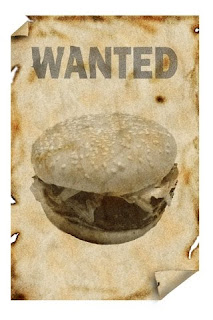 In typical American fashion, Big Agriculture is trying to solve a bad habit with yet another bad habit. Like overdosing on aspirin to continue one's extended drinking binge, the U.S. Agriculture Department is now testing a drug to lessen E. coli outbreaks.

It is like they haven't even bothered to ask why such outbreaks have risen so sharply in recent years. While cow-borne illnesses have been on the rise for decades, according to the NYT, the industry has initiated 52 recalls of beef tainted with E. coli since January 2007, compared with 20 in the three previous years.

“I was looking for anything that could help us because people were getting sick and people were dying,” Dr. Richard Raymond, the Agriculture Department’s under secretary for food safety from 2005 to 2008, told the New York Times.

Why does "anything that could help" seem to always come in the form of a drug?

The primary reason cow-related diseases are on the rise is because most cows are fed corn and animal products. (Yes, they are vegetarians by nature, but who cares about nature when fattening them up is so profitable.) This may not explain the jump over the last two years, but it does offer a better solution than a shot.

Before cows were switched to corn diets, they had neutral pH digestive systems. We humans have acidic stomachs. Therefore, any bug that could live in the cow found the environment of our digestive systems inhospitable to say the least.

When cows are fed an improper diet, namely corn instead of grass, their stomachs become acidic. And over the years, a strain of E. coli has mutated to withstand the cow's acidified rumen. This mutation, which is nothing but our own self-created Frankenstein bug, is what is surviving to kill or paralyze us.

To reverse this trend, microbiologists have found that we can reduce the number of bugs by as much as 80 percent simply be returning cows to a grass diet, allowing the rumen to de-acidify. (Remember, the bad bugs don't like neutral pH environments.)

The vaccine may have comparable efficacy rate, although it is too soon to be sure -- not only about its efficacy but about any potential side effects. After all, we are just now learning about the problems caused by the long-used antibiotics pumped into our meat and dairy sources to keep them healthy despite their unhygienic living conditions.

Grass, on the other hand, has wonderful side effects. Not only is the meat uncontaminated and drug-free, it is full of omega 3s, beta carotene and other nutrients largely missing from the sickly flesh of corn-fed animals.

Grass dinner or a shot in the neck? Easy to see what the cow would prefer, but I am afraid the industry will go for the latter.