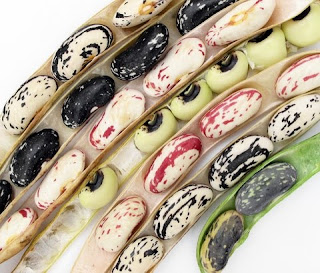 Imagine a pilgrimage of ham hocks, smoked turkey wings and fresh black-eyed peas winding up the country, traveling from the South to the cities of the North as if re-enacting the covert operations of the Freedom Trail.

This is exactly what has been going on for generations, according to the NYT. Southerners have loaded trucks full of special white cornmeal, 'sweet meat' and other Southern specialties and driven them up from Georgia and the Carolinas to homesick city-slickers in Harlem, Brooklyn and neighborhoods in Philly and Chicago. They sell the items out of their trucks, with all the benefits of shopping at a farmers' market:

"Because to some cooks, buying ham hocks from a supermarket or a warehouse store isn’t the same. At the trucks, somebody will ask you where your people are from. They will tell you how long to soak the black-eyed peas and when to start simmering the seasoning meat," Kim Severson writes.

"'You don’t have those conversations when you go and buy your pecans at Costco,' Ms. Ferris said."
This is a story written for cultivores -- us voracious eaters who simply want to know more about our food, its culture and the history of our human passion for it. Who want to use food as a window into the world.

In the article Marci Cohen Ferris, a professor at the University of North Carolina at Chapel Hill who specializes in the meaning of food in American culture, "points out that in Ralph Ellison’s 'Invisible Man,' the main character buys and eats a baked South Carolina yam on a Harlem street in the 1930s and is 'overcome by an intense feeling of freedom.'"

Intertwined is a lovely argument against being 100 percent locavore. Would okra from upstate satisfy the hunger pains of a Georgia-born Bed-Stuyer? Probably. Would it satisfy her homesickness? Not as much as buying from a traveling countryman.

And I would rather not trust my New Year's Hoppin' John recipe to a Yankee. Not only out of concerns for flavor authenticity, but Northerners tend to leave out the good-luck coin! (Whoever gets it in their serving is guaranteed good luck for the rest of the year.)

Eat poor that day, eat rich the rest of the year.
Rice for riches and peas for peace.
- Southern saying on eating a dish of Hoppin' John on New Year's Day.

photo by Artography via Dreamstime
Posted by HungryNibbler at 8:46 AM