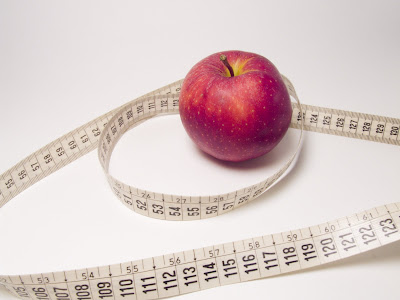 Some biologists are currently in love with this idea that restricting calories, by about 30 percent, will prolong life. They have found correlations of such in spiders, rodents and, most recently, rhesus monkeys. While I agree eating too much can cause extra wear and tear on your body, I doubt the long-term, real-life (as opposed to lab life) benefits of the CR movement.

The meals lab monkeys usually eat is likely of poor quality, especially for their activity level. In the experiment covered today by the NYT, the non-dieting monkeys were allowed "free rein" of food options, and we all know boredom, as expected in a captivity, is an impetus to eat. If you look at the photos here, the monkey not on the diet -- the one with the shorter expected life span -- looks clearly overweight. (Surprise, these monkeys were the only ones with a susceptibility to diabetes.)

It's not that dieting make you healthy, it's that eating too much makes you sick.

Reviewing 11 studies on calorie restriction in HUMANS, the Journal of the American Medical Association in March 2007, concluded that, despite some benefits on the moderate side, extreme dieting results in bone and muscle wasting, fatigue, a compromised immune system, infertility, constipation, dizziness and other signs of poor health. Aside from the obvious argument that this is no way to live, especially for a long time, in real life, these symptoms are associated with decreased vitality and productivity as well as a greater vulnerability to disease. (How good would those monkeys be at defending their turf, if they have weak muscles, a bad cold and are overwhelmingly sleepy?)

The argument that starvation sends out protection signals to the brain is interesting and seems, at an extreme level, mostly to make an animal calm and focused on obtaining food. Which, like most things in biology, makes a ton of sense for survival.

But the human brain is also extremely vulnerable to a lack of calories. Humans did not have their huge brain spurt, evolutionarily speaking, until we figured out how to get a steady and plentiful supply of calories. (That said, the brain is also adversely affected by too much food.)

Exactly how many calories is optimum for health is still a matter of debate -- and likely hugely variable depending on the individual. But one thing seems clear, despite the way it is portrayed in the NYT and elsewhere:

It's not that dieting makes you healthy, it's that eating too much makes you sick.