Pumping Healthy Animals with Medication may be Making us Ill 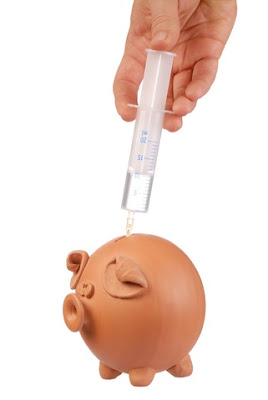 This from the NYT:

"The Obama administration announced Monday that it would seek to ban many routine uses of antibiotics in farm animals in hopes of reducing the spread of dangerous bacteria in humans."

The antibiotics make livestock big, fast, and also help them withstand poor, er, wretched, living conditions. They may also be creating health problems for humans, including the rise of antibiotic-resistant bugs such as "flesh-eating bacteria" (covered here by Nicholas Kristof in March).

My only worry is the stipulation that treatment should only stop for healthy animals. Since most animals get sick in CAFOs, and 95 percent of antibiotic use in US livestock is already for "therapeutic use" (2005 data), I can't help but wonder:

Will this proposed ban impact medication rates at all?


picture by Andrzej Tokarski
Posted by HungryNibbler at 4:16 PM