Tired of Working for The Man 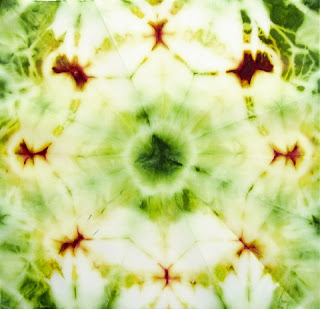 Below is the promised profile of Ms. Severine, the documentarian I interviewed here. Severine epitomizes just one of the many types of people inspiring, and inspired by, the locavore movement. Other people I am planning to profile – with my obvious focus on their attraction to farmers’ markets – include a sociologist, an urban farm volunteer, an ecologist, a school teacher, a compost teacher, a cattle farmer, an anthropologist, a professional gardener, a ‘seed saver’ and, of course, a couple chefs. Stay tuned.

The Pied Piper of New Farmers

Manning her booth at the Greenmarket in Prospect Park, Severine is hyper. "I’ve had a lot of coffee and, like, no food," she says as she bounces from foot to foot, fidgeting with promotional stickers and offering strangers her "spiel."

Severine von Tscharner Fleming (or simply Severine, as she prefers) is a 28-year old agrarian based in the Hudson Valley. She is also a movie producer. The spiel is about The Greenhorns, her upcoming documentary about the growing consortium of young farmers.

The film, which is crisply shot and matched with an energetic score, covers the struggles and triumphs of new farmers, from California to Maine, while following the journey of organic food from the earth to the table. The film will be released this November and shown at schools and museums. DVDs will be sold at farmers markets and Whole Foods stores.

Halfway through the practiced spiel, Severine interrupts herself with: "I have to get that ribbon." She abandons the booth to pounce on some blue twine slithering down the sidewalk, revealing in the process a calf-length jean skirt. Victorious, she returns and ties the string around the waist of her hooded sweatshirt, and then in her frizzy hair, all while continuing on about farming. "It is a radicalizing experience," she says.

It may be tempting to pass her off as a starry-eyed hippy born in the wrong decade. But the movement is real. In New York alone, according to the U.S. Department of Agriculture, the number of farmers under the age of 35 has increased by 40 percent since 1997. And many are first generation farmers, like Stacey Bliss of Broadturn Farm, which is featured in the film. She and her partner John Brenner first learned about farming by taking "every book out of the public library that we could find about growing plants," she says.

It is a busy Saturday at the Greenmarket and many passersby linger at Severine’s booth before moving on to buy produce, turkey sausage or apple donuts. One young man stops with a persistent curiosity about Severine’s maps, heirloom beans and other props. To help him understand local food, she reaches over the table and puts her hand on his heart. "It’s like if this were New York," she says. "We need all this," tracing circles over his chest, "to feed New York."

She invites him, and everyone else, to a film fundraising event – a goat-spit BBQ in Brooklyn, complete with local beer and salad greens from her own farm in Columbia County. (She, too, is a first generation farmer; her parents, she writes, "are skeptical of farming.")

But the film is just one of a myriad of activities she and her cohort of helpers are pursuing. They are creating their own on-line census of small farmers, with over 2,000 already registered. They also provide farming guidebooks, tip-laden blog posts, class information, mixers and other events – all part of their mission to recruit and connect what Severine describes on the film’s website (www.TheGreenhorns.net) as "the rosy cheeked muscle of the new American countryside."

With or without the caffeine, she admits, "We have a lot of energy."

Posted by HungryNibbler at 3:48 PM