Caught the documentary Food, Inc. (which is also a book of essays by prominent foodists) at the Film Forum on Saturday. Much of it gave the same info as The Omnivore’s Dilemma, but I still found it though-provoking.

With all the gr

aphic depictions of CAFOs, slaughterhouses and tons of flesh in mid-grind, the image that haunts me is the family of four subsisting primarily on fast food due to time and budget restraints. A burger costs a dollar, so does a large head of broccoli: which says dinner?

And then we are told, they are spending about as much on food as they are on health care, mostly due to the father’s Type II diabetes -- a disease largely caused, and complicated, by a poor diet. It made me want to rewind to when the father was healthy, take the $260 dollars they now manage to spend every fifty days for his pills, and spend it on, yes, broccoli.

The film’s main point: Food costs are more than what’s on the price tag.

Food, Inc. will be opening in at least 40 more cities over the next several weeks and be available as a DVD this fall. 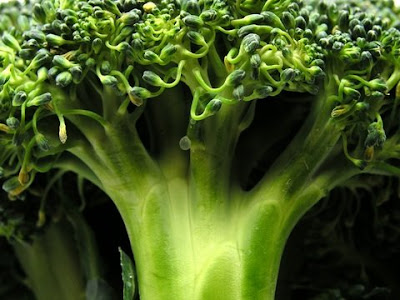