Committing to a Market (or Upping the Anty) 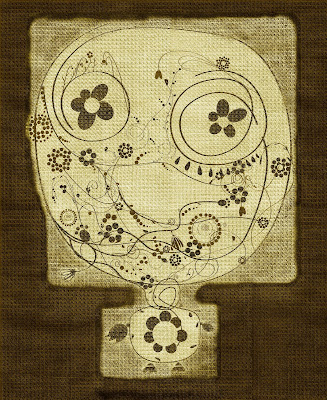 When I first started this blog, my goal was to visit every farmers’ market in the city. All 49 of them. I have been to ten so far – not bad as many are just now opening. But as my infatuation grows deeper, I am realizing my approach was mistaken.

Every farmers’ market I have been to, here and abroad, seems to traffic in smiles. (I, like many American travelers, have returned with many colorful tales of open-air food markets.) Even when the weather is frigid, vendors joke over cups of steaming cider, shift from leg to leg and playfully try to outlast their competition. Devotees, who arrive on a mission, and perhaps with a list, still stop and ooo over the first crop of strawberries or the last cloves of garlic. Even aloof passersby look up and get swept in. One lawyer told me his local farmers market was his favorite “impulse buy.”

What is it about overflowing tables of food that makes people happy? Is it the apparent bounty? Maybe. But I do not see similar grins in the grocery stores.

Is it shopping outside? If it were moved indoors would the smiles follow? Most people seem to think so, and the few sheltered markets in this country reportedly thrive. (I’ve only been to roofed farmers’ markets in Asia, but I hear positive things about covered markets on the West Coast.)

Does the joy come from meeting the farmer him or herself? Could be, except often you are not buying from the farmer but an employee or city volunteer.

The volunteers are another puzzle. No one has ever volunteered to rotate produce at a KeyMart. Why not? Why do people prefer spending their weekends standing at a table piled with a local farmer’s product? Maybe they have fears about our current food system and want to further the locavore cause. But that is not all. It’s fun.

But why is it fun?

If anyone has an idea, I would be much obliged. My working hypothesis is that it has something to do with community spirit. Why the same spirit doesn’t arise in the neighborhood grocery store, I don’t know. But a sense of connectedness does exist at the greenmarket, not only with the other people – it’s common for conversation to erupt among strangers – but with the farms themselves.

During a typical visit, you may get spontaneous updates on crops, animals and new techniques. People ask how the osso buco cut worked, or how the cheese tasted in that quiche you were planning. You hear stories about harvesting and are warned of the sting in the stinging nettles. When a farmer (it was the actual farmer) told me this Sunday how 140 chickens – out of flock of 200 – had been killed by a single weasel, I realized something. This wasn’t a market at all. It was a family gathering. He wouldn’t have shared those details, if he wasn’t used to seeing me at his table. He wasn’t looking for pity. Rather, I had become one of them. He knew I would be truly saddened by his chicken loss, because it was mine too.

So while I plan to keep visiting markets throughout Manhattan, Queens, Brooklyn and upstate, I am committing to two: Carroll Gardens and Park Slope. Most of the farms represented at these gatherings also have tables at the 47 other greenmarkets, so I feel I won’t miss much by way of product. And the deeper value of any farmers’ market, I am beginning to understand, is found with repeated, frequent visits.

Perhaps commitment will enable me to delve deeper into the question: Why does a farmers’ market make people smile?