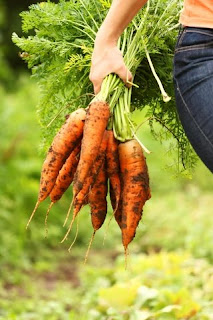 When I came to understand he did not spend his working hours practicing canine tricks, I realized he was verb-izing an acronym. WWOOF has stood for at least three names since its inception in 1971: Working Weekends On Organic Farms was first; when people started staying longer than weekends, it became Willing Workers on Organic Farms; and now that the word “work” can cause brouhaha, WWOOF stands for World Wide Opportunities on Organic Farms.

In all cases, it involves volunteers getting paid in knowledge, room and board as they help organic, or transitioning to organic, farms.

Apparently you can just wonder from farm to farm, and work for your dinner and sleeping quarters. (Although calling ahead first is recommended.) And it is not just here in the United States. While it started outside of London, it now has organizations in 43 countries, including Ghana, Belize and Finland.

The young man I met (whom I would like to encourage to contact me) said he had left an industry job to become a full-time WWOOF-er several months ago. While his hair was a muss, he glowed with health. He also seemed in the midst of having his eyes opened wide. He said, what has most surprised him since starting out on this path – one his friends and family thought was crazy – is finding how very many people are already doing it.

Posted by HungryNibbler at 4:48 PM