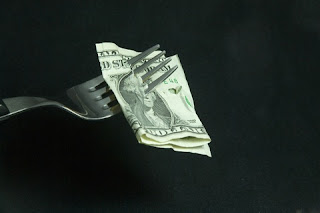 One in eight Americans sought emergency food assistance last year, a 46 percent increase from 2006. But in the Big Apple the problem was even worse. Nearly half of the households with children in New York City had trouble affording food in 2009.

The existing national safety net seems to be failing, while city, state and federal budget talks are calling into question the future of not only emergency food assistance, but also broader child nutrition and poverty relief programs, according to the Food Bank for New York City.

Responding to Obama's call to end child hunger by 2015, the Food Bank is holding a policy meeting next week. Details from the press release are below.

Posted by HungryNibbler at 9:58 AM