The Grandchildren of Giraffes: Passing Down the Toxins in Our Food 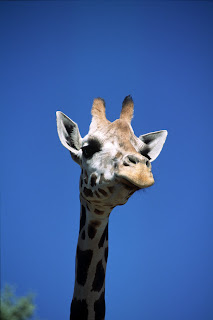 Nicholas Kristof has joined the bandwagon against BPAs (synthetic estrogen found in hard plastics, cans, etc. ) and he has done a good job summing up the studies that have been flooding recent science journals.

He brushes past the most interesting part though, because his article is more of a warning than a musing on how fascinating our understanding of biology has become. These studies show that our lifestyle habits today may affect the health of our grandchildren -- even if we don't live to meet them.

If that reminds you of a long-discredited theory by the early 19th century biologist Lamarck, you are right. His logic was that traits acquired in a lifetime could be directly passed on to subsequent generations. For example, because a giraffe stretched his neck to reach the top leaves, his offspring were born with long necks.

Darwin, of course, came along and proved Lamarck wrong (although Darwin had some Lamarckisms of his own.) But, scientists are now finding, Lamarck may have been partly correct all along.

(I reported on this new field, called epigenetics, in April. For a great primer on the subject, I highly recommend this video by NOVA.)

Don't want to contribute to your grandkids (or your own) risk of cancer or infertility? Avoid, when possible, canned foods and hard plastics. Easier said than done, I know. I have yet to be able to cut everything out.

But the farmers' market certainly helps.

Posted by HungryNibbler at 9:03 AM